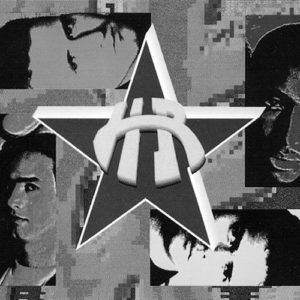 Human Resource was founded in 1990 by Guido Pernet, Jasper Drexhage, Robert Mahu and Johan van Beek. Their first record “Dominator” became an European hit almost overnight. Due to this huge success, and the success of their second album “The Kicking Noise of Rotterdam”, the group spends years on the road touring the globe. By the end of the 90’s, after many changes of the line up, the band ceased to exist and co-founder Guido Pernet was the only one left.

In 2004 he decided to restart the group with oldschool house legends Maurice Steenbergen and Zeno Zevenbergen. Maurice had some hits on his own. He’s the one responsible for the legendary gold awarded hit single: “Poing” and as the producer of “Armageddon – You’ll never be mine” and “Evil Maniax – Creators of Hardcore” to name only a few. He remixed records for Paul Elstak and Lenny Dee amongst others. Performing with RTS and as a DJ he plays all around the world. Zeno, better known as the voice for legendary “T99”, MC for the “Ruffneck Alliance” and “Dye Witness”, became the MC. In this formation the group did a few gigs in Holland and the UK. Early 2005 Zeno left the group and by that time Guido and Maurice are “the one and only” crew members of Human Resource.
At the end of 2008 Guido Pernet teamed up again with Jasper Drexhage, on off the original members, to start to performe again on classic and old skool party’s