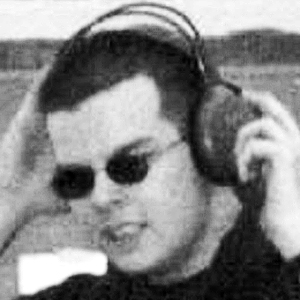 Born 1980 in Hamburg, Germany. in 1996 i discovered the world of hard electronic music…
and immediately fell in love with it… i never heard music with that extreme energy and passion behind it before…
in 1997 i decided to create music myself… my style back then was mostly experimental hardcore, breakcore and speedcore…
in 2000 i had my first release then, my 12″ on Blut recordings.
later that year, Betty Bombshell and me started a show on the terrestrial radio station “FSK” in Hamburg.
the idea of the show was to broadcast music from the experimental and hard music scenes to an audience that might have not much contact with that kind of sound before. Betty left the show in 2001.

there was still a need for that kind of thing in Hamburg; Sampler19 and me teamed up, and we created the “Hamburg Hardcore Radio” show.
apart from playing old and new records and tracks from the hard scenes on air, we also did many all-night shows, featuring a lot of guest DJs. later, The Man Unknown and DJ Escada joined us, and we started a crew that did the radio shows together.

in 2002 a 12″ by me was released on Praxis, i was very happy about this release, but i do not want to hype myself here, so i won’t say too much.
later that year my 12″ on Black Monolith came out, which was again a bit different than my earlier releases, because it was an Hardacid/Acidcore EP.
2002 was also the year when me and Sampler19 started the “All-Out Demolition!” parties in Hamburg. later, DJ Escada and The Man Unknown joined our crew there, too.
the idea of All-Out Demolition! was to create a party series for the extreme, interesting and experimental types of Hardcore and Breakcore – parties for that type of sound only happened very rarely in Hamburg back then.
in 2003, an album by me was released on Widerstand records. but again, i do not want to hype myself too much. the sound was in the various “styles” i produced in so far… breakcore, noize, ambient…

today the styles of the music i produce include breakcore, acidcore, doomcore and dark ambient.