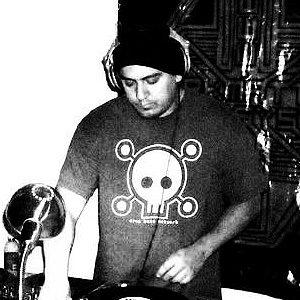 Fiend started djing his first partiess at the age of 13, being one of the youngest djs to come out of Rialto California. From local clubs to most of the Inland Empire underground partiess, he has always been known for mixing the two styles of drum n bass and hardcore together.

Despite everyones opinion on what was to be expected, he has always been dedicated to pushing himself to going further with blending different styles of techno music. This also includes the many years of Fiend taking on the turntablist world. and still does to this day!

But taking on the dj world wasn’t enough for him as he entered into music production around 1996 using fast tracker. It wasnt until 2005 when he released his first split track with long time friend dj Deadnoise on the the Italian label N.E.tunes. After that there wasn’t much to stop him from releasing his works on a wide scale of labels such as, Apocalypse, Devils Brood, Corrupt, Blast Beat, Altern Hate, Pacemaker, Bass Machine, KTR, Industrial Strength, and the start of his very own label Sadistic.