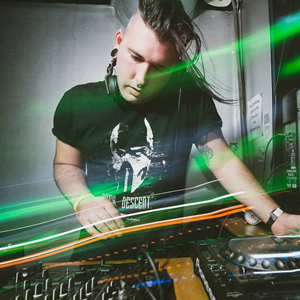 Cyberstruct is a name synonymous with the recent wave of doomcore artists. Though a fairly new producer on the scene and hailing from one of the most isolated cities in the world Cyberstruct has managed to attract the attention of several european labels as well as artists. His productions supported by bigger names in the industrial and doom scene such as The Relic, Embrionyc and Fracture 4.

As a DJ Cyberstruct held residency at club Dominate in Perth for three years and during that time has played support for various artists in Perth and interstate including The Outside Agency, Sei2ure, Stormtrooper, Lenny Dee and many more.