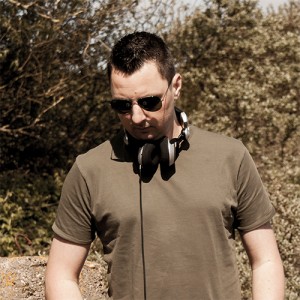 Industrial hardcore has been one of the most consistent styles that hardcore has spawned, going strong since the turn of the millennia. The same goes for The Relic, moniker of Dutch producer Maurice Pinkster, who has been a steady contributor, and a key player of the scene since its humble beginnings.

After starting as a producer in 1994, initially releasing on various labels, he found his first home on FIX Records and Neophyte’s Symp.tom, where he released a string of influential 12”es. After Symp.tom went defunct, he created his own label Dark.Descent. in order to be able to develop The Relic – and his various other projects like Zanthrax, Dual Mechanism, Hidden Rooms (dark acid techno) and of course Cubic Nomad (from hard rhythmic IDM to serene ambience) with complete artistic freedom.

The Relic now looks back at a triptych of bunker-themed full-length albums, all pinnacles of his extra-dark, trademark sound that has brought him wide recognition across genre borders. His reputation as a DJ is also more than rock solid, and many of his killer mixes can be found online or via the infamous “Ben Harder Show” which he co-founded.

Immerse yourself into the dark and distorted world of The Relic – if you dare!