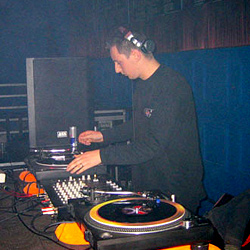 Zanthrax is best known from his releases on FIX records. He released his first E.P. as Dark Earth in 1998. From 2001-2006 he was the main producer for FIX records where he released under 3 aliases (Zanthrax, The Relic and Nightshade). In 2005 he released an E.P. at Underground Society Records. The industrial track “Children Of Hell” became very populair and ended up at compilations like Thunderdome. Zanthrax’ style is dark and often has influences from industrial and techno.