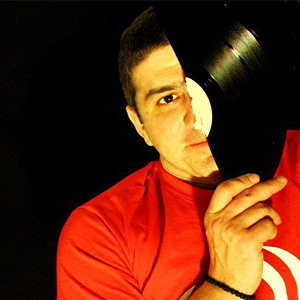 All started when he experienced the soundscapes of Jean Michel Jarre,Vangelis from the vinyls of his father .
His first release came from the Moonchild Records from Costa Rica and the Mac Trax Netlabel from Ireland on 2010 both .
His personal soundscapes is a mixture of ambient cinematic, twisted tech, deep dubby , spacey atmosphere, trying always to live a new experience through sound .

All ready he has been established for his deep emotional organic sound theory ,he has been released from several Labels from around the globe.

2012 has been his groundbreaking moment when he climbed at the fourth place of Traum’s Dominik Eulberg competition @ Beatport ,
which has been released the follow year from the Trapez Ltd.

He believes his on a mission.
Design Unknown Soundscapes,
Researching New Environments.
Sharing his love for life through sound.