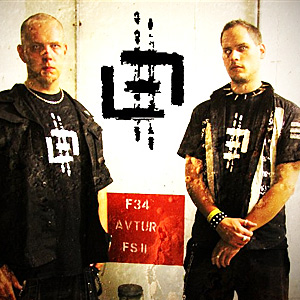 Petrochemical is a hardcore project from Norway by the duo Andrè Løver (Bioserver) & Espen Westum (ToXtoy). Since 2004 they have made raw darkcore and industrial sounds without sticking to any rule. ToXtoy and Bioserver met each other by coincident outside their highschool in 1998. Bioserver needed to light his cigarette and asked the person closest to him, who happened to be ToXtoy.They immediately started talking about music ofcourse, and found out that they had fairly similar taste. But at the time bioserver had not heard about Hardcore. So after ToXtoy introduced him to it, he went home and produced his first Hardcore called “A Gun In Your Hand”. So after Bioserver showed ToXtoy the track, they got the idea to begin producing Hardcore together. And they soon found out that they could use Bioservers eclectic taste of music and unorthodox production skills, and ToXtoys knowledge about Hardcore and Techno to produce highly original tracks. Since 1998 they have called themselves numerous names like ” The Napalm Crew” (because of ToXtoys heavy use of hair-gel at the time), “Multi Style”, “The Loud Culture” (discarded because of TLC) and probably even more names. But in 2001 they finally agreed to call themselves “Petrochemical”, because they wanted to be assosiated with heavy industrial sounds and atmospheres.